Pelican Pub & Brewery in Pacific City, OR has been looking to expand for quite some time now, and after a few failed attempts the brewery has finally signed the lease to open a new production brewery in Tillamook, OR.

One of the most award winning breweries in Oregon and a top tourist destination for both the beer and the views on the coast, the Pelican brewpub is remarkably small and confined. Last year an ambitious plan was unveiled that would include a new brewpub and even a coffee roaster in Tillamook, but that was eventually scrapped.

The owners of Pelican Brewing Co.–Mary Jones, Jeff Schons, Darron Welch and Ken Henson–have entered into an agreement with Star Distributors, Inc. of Tillamook to lease the Star Distributor building on Stillwell between Front & First Ave. While it is not the same vision as the group had in mind for the Port of Tillamook Bay site, a location they considered last year, it’s the perfect size and shape for what they need to brew large quantities of world-class beer. No restaurant is planned for this site, but a tasting room may become part of the plan in the future.

Star Distributors, Inc. have owned the building and operated the business from that location for 60 years, retiring from the grocery business in 1999. They recently decided to look for a new tenant for the building and posted a “For Lease” sign. Jeff Schons, one of the owners of Pelican Brewing Co., called Pat and Don Kehr, President and General Manager, and negotiations began. “Pat and Don have been so great to work with; they really went out of their way to help us put together a deal that allows us to locate in Tillamook. It was clearly very important to them to do what they could to help the local economy and they worked very hard to accommodate our needs. Seeing their commitment to the Tillamook area was a real pleasure for us and gave us one more reason to locate in Tillamook.”

The production brewery will initially double the brewing capacity of the Pacific City based business, to about 9,000 barrels per year, with plenty of room for growth in the coming years. 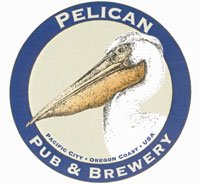 Pelican Brewing Co. ales are currently distributed in the Portland/Vancouver area by Maletis Beverage, and in western Washington area by Noble Distributing. Pelican also self-distributes in central and southern Oregon; however, quantities available for distribution are limited by the small capacity of the Pacific City brewing location, on the beach at Cape Kiwanda. Master Brewer & Co-Owner Darron Welch says “We are very excited to become more widely available in all of the Northwest markets within the next few years.”

“The deal is contingent on appropriate funding commitments to purchase equipment and renovate the building, so we are working diligently on that part of the puzzle right now”, according to Mary Jones, President of Pelican Brewing Co. The target date for opening the new facility is June 1, 2013.