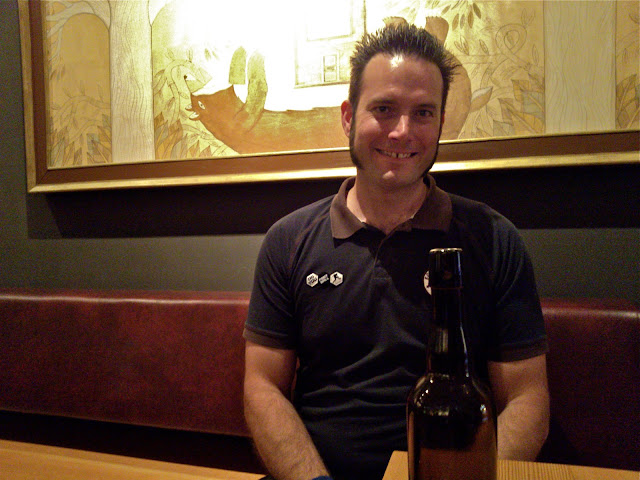 Noted Pacific Northwest based beer writer Abram Goldman-Armstrong is attempting to launch his own nano cidery with Cider Riot right out his backyard garage in Northeast Portland. You may have caught Abe’s regular column in Northwest Brewing News or his frequent contributions to Oregon Beer Growler and many other national publications and magazines. He is perhaps best known for popularizing and promoting the Cascadian Dark Ale style.

Cider Riot is currently up on Kickstarter and just surpassed it’s funding goal and after recently trying a number of Abe’s ciders we all here at The New School can get behind his effort. You can still contribute to the cause and get cool benefits like some punk rock cider jackets and patches so don’t let the fact he has already reached the funding goal stop you.

Here are 7 questions with Abram Goldman-Armstrong about cider:

Q: When did you start making cider?

Abe: Cider was the first thing I homebrewed, back in 1995.It was based on a recipe in Profane Existence zine, made from apples smuggled out of my college-dining hall in my flight jacket a dozen at a time, then macerated with a cheese grater from the local hardware store and pressed between two dinner plates. I fermented it in my Macalester College dorm-room closet, in a carboy borrowed from a homebrewer across the hall with champagne yeast I got at the Northern Brewer homebrew shop.Every year since I’ve made cider in the fall.


Q: Why start a cidery now and why go nano?

Abe: I’ve been talking about going commercial with my cider for a little over five years. Many of my friends have been asking me to for longer than that, as they liked my homemade ciders so much. I could never figure out how to raise the capital to convert a warehouse space into a working cidery, though. After seeing the success of nanos such as Beetje/The Commons and Reverand Nat’s Hard Cider, I revisited the idea with a different eye, and decided, hey, maybe I don’t need a huge warehouse to start off. 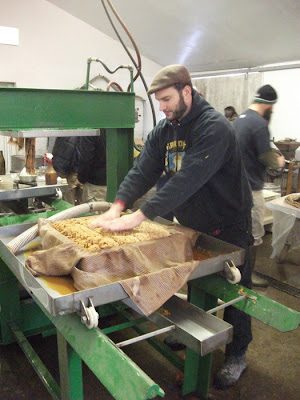 Q: A small amount of nano breweries ever succeed, why should people invest in Cider Riot?

Abe: I used to be skeptical of nanos myself, but after watching the success of companies such as Schooner Exact, Vertigo, The Commons, and Reverend Nat’s, it does seem to be a viable business option. I feel that Cider Riot! will be successful for several reasons. I have 18 years of cidermaking experience, I’m very driven (borderline workaholic when I get into a project), and I have quite a few connections in the industry. Aside from that, I also have some pretty amazing folks to help guide me through, from cidermaker Alan Foster of White Oak Cider, to my friends in the brewing industry who can give me guidance on equipment and process issues. Though on paper it’s just me starting Cider Riot!, cidermaking for me has always been a communal activity, and drawing on the diverse skillsets of my friends in design, marketing, etc, will result in a vibrant and solid brand. I hope within 3 years to have grown from a nano into a larger space and add a tasting room, much as Reverend Nat’s and The Commons have done.


Q: Will Cider Riot allow you to quit your day job?

Abe: Which one? Like many Portlanders, I have so many jobs it’s sometimes hard to keep track, but yes, my goal is by mid-2014 to be working on Cider Riot! rather than on a jobsite on a daily basis. I will probably continue on as Editor of Northwest Brewing News, and give brewery tours at Widmer for the next few years.


Q: What kind of ciders will you produce?

Abe: Short answer is dry ciders. I feel that overly sweet ciders are one of the reasons cider hasn’t grown faster in North America. I feel that cider should be refreshing, not cloying. Cider Riot! will have several product lines–a reserve line; 1763™, which is a dry traditional West-Country style cider, made with intensely tannic bittersweet and bittersharp cider apples; a draft cide,r Burncider™, made with tart “wild” seedling apples from my family farm in rural Yamhill County, some sharp and bittersharp cider apples and some dessert fruit; and seasonals, including Everybody Pogo™ Dry-Hopped Cider, a blackberry cider, and an Irish-styel cider for Paddy’s Day.

Q: Where will people be able to get your ciders?

Abe: In 22-ounce bottles and limited draft at better bottleshops and pubs throughout Portland. Initially I will focus on the east side and downtown, as I am self-distributing. As production allows ,I will sign distribution agreements in Washington and British Columbia as well. I never really intend to sell cider outside of Cascadia, but we’ll see in five years.


Q: Random nagging question: What is the proper cider glassware?

Abe: Cider was traditionally consumed out of clay (earthenware) tankards, which are great, but not very common, and would probably cause problems for bar staff. I also like to drink cider out of a British Nonic pint glass. I find that glass, rather than crystal, is the way to go, something with a small lip at the top, like a nonic or this year’s Cheers to Belgian Beers goblet.

More info on the cidery at CiderRiot.com